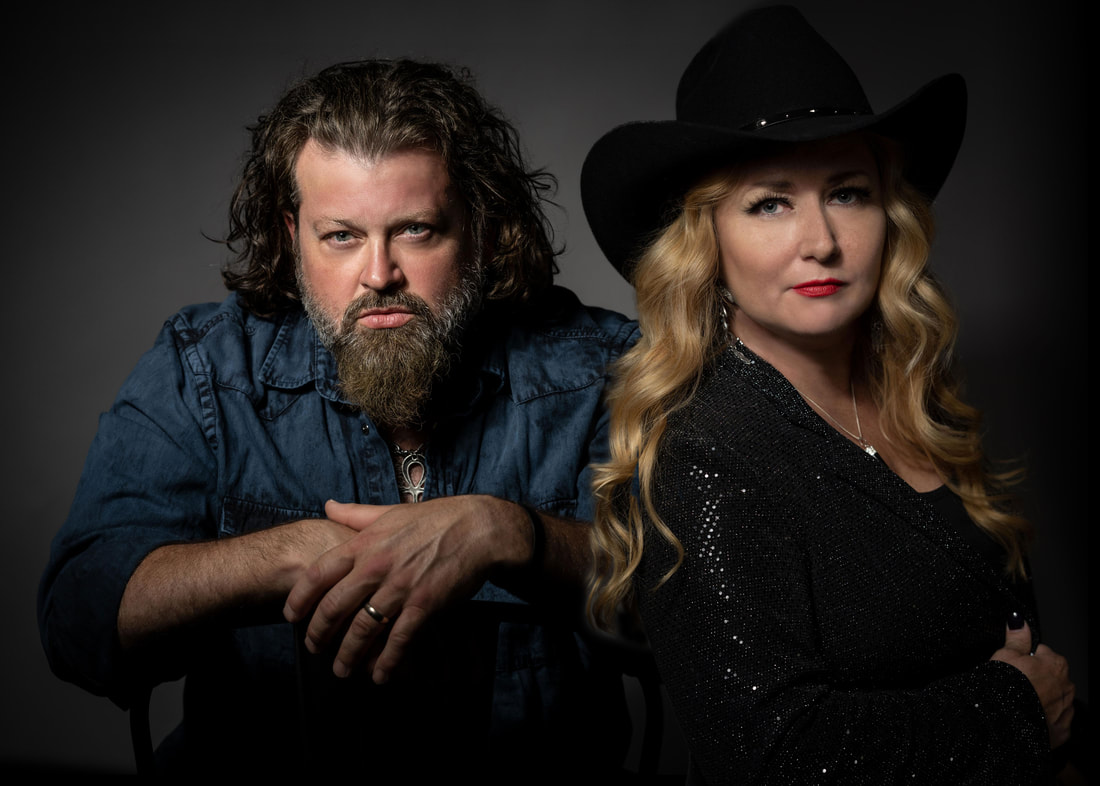 The Redneck Files is meant to be a spoof on the X Files, instead of exploring the paranormal they explore what it means to be a Redneck. Special Agent Witty, a Redneck herself, believes in the existence of the Redneck way of life while Special Agent Jones, still a skeptic, has been assigned to the case to musically collaborate Rock music into his cohort's Country music genre.

The two both started their musical journeys at a very young age and have worked very hard throughout their lives establishing names for themselves in their respected music genres. Aside from their combined love to create music, they also share a guilty pleasure for Sci-Fi and all things paranormal, thus creating this fun new Country-Rock collaboration project.

They joined forces back in March 2021 after sharing the bill for a charity benefit concert, they hadn't formerly met each other prior to that. They took the collaboration idea to Nashville in June 2021 for exposure as a duo and to record a couple songs. The first single "Redneck Highway" released in October 2021, was an instant hit with the fans reaching #2 on an iTunes Country Chart within the first few days of it's release. Both powerhouses with their own solo projects, now have become a force to be reckoned with as a duo act.

They will be hitting the 'Redneck Highway' February 2022, touring across the US to seek out new Fans and new ways of the Redneck Life. To boldly go where no Musical Duo has gone before.